PROCESSING TIMES ARE MOMENTARILY EXTENDED DUE TO THE HOLIDAYS 🎅    More Info

Inspired by the beauty and colors of the Ocean. The purpose of this collection is to bring awareness to ocean pollution and mental health. Spreading positivity!

The ocean is the origin and the engine of all life on this planet — and it is under threat.

A big part of the problem: pollution.

So how does trash get into the ocean? It’s dumped, pumped, spilled, leaked and even washed out with our laundry. Each year, we expose the world’s waterways to an increasing variety of pollutants — plastic debris, chemical runoff, crude oil and more.

Fortunately, it’s not too late to clean up our act. Share the dirty truth about ocean pollution and help make a difference. 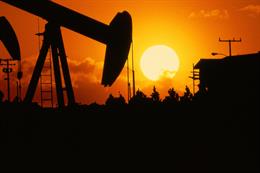 1) Oil spills aren’t the big(gest) problem.
Headline-grabbing oil spills account for just 12 percent of the oil in our oceans. Three times as much oil is carried out to sea via runoff from our roads, rivers and drainpipes. 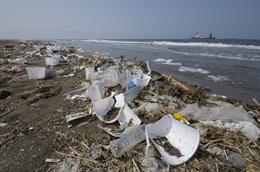 2) More plastic than fish.
Eight million metric tons: That’s how much plastic we dump into the oceans each year. That’s about 17.6 billion pounds — or the equivalent of nearly 57,000 blue whales — every single year. By 2050, ocean plastic will outweigh all of the ocean’s fish. 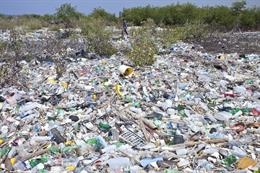 3) 5 garbage patches.
There’s so much junk at sea, the debris has formed giant garbage patches. There are five of them around the world, and the largest — the Great Pacific Garbage Patch — includes an estimated 1.8 trillion pieces of trash and covers an area twice the size of Texas. 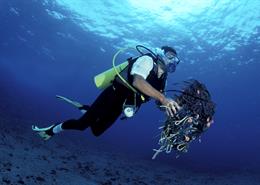 4) Plastic poses a double danger.
Ocean trash can be broken into smaller pieces — known as microplastic — by sun exposure and wave action, after which it can find its way into the food chain. When it eventually degrades (which takes 400 years for most plastic), the process releases chemicals that further contaminate the sea. 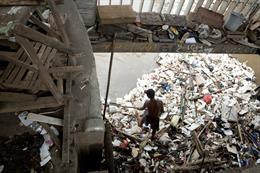 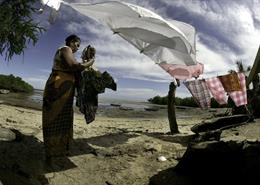 6) Pollution is in fashion (literally).
With each load of laundry, more than 700,000 synthetic microfibers are washed into our waterways. Unlike natural materials such as cotton or wool, these plasticized fibers do not break down. One study showed that synthetic microfibers make up as much as 85 percent of all beach trash. 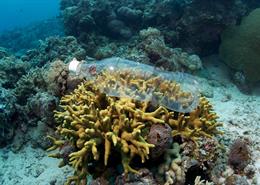 7) Most ocean trash sits on the bottom.
As unsightly as ocean pollution is, what we can’t see may be worse: 70 percent of ocean garbage actually sinks to the seafloor, meaning we’re unlikely to ever be able to clean it up. 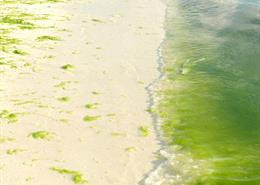 8) Even nutrients can become harmful.
When dumped at sea in large amounts, agricultural nutrients such as nitrogen can stimulate the explosive growth of algae. When the algae decomposes, oxygen in the surrounding waters is consumed, creating a vast dead zone that can result in mass die-offs of fish and other marine life. 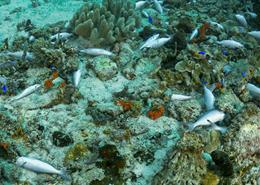 9) The number of dead zones is growing.
In 2004, scientists counted 146 hypoxic zones (areas of such low oxygen concentration that animal life suffocates and dies) in the world’s oceans. By 2008, that number jumped to 405. In 2017, in the Gulf of Mexico, oceanographers detected a dead zone nearly the size of New Jersey — the largest dead zone ever measured. 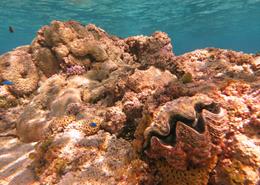 10) The oceans are losing mussel mass.
One effect of greenhouse emissions is increased ocean acidification, which makes it more difficult for bivalves such as mussels, clams and oysters to form shells, decreasing their likelihood of survival, upsetting the food chain and impacting the multibillion-dollar shellfish industry. 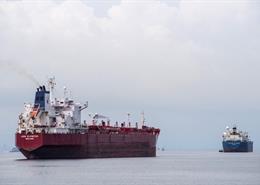 11) We’re making a racket down there.
Noise pollution generated by shipping and military activity can cause cellular damage to a class of invertebrates that includes jellyfish and anemones. These animals are a vital food source for tuna, sharks, sea turtles and other creatures.

Facts: Courtesy of Conservation International. Feel free to visit their site for more info and donations!

"Boss Lady" Collection, For A Cause

"October 29 is Latina Equal Pay Day, which marks how far into the year the average Latina must work to make what the average white, non-Hispanic...